Bertram boats are famous for making some of the most seaworthy, versatile boats on the market. They combine excellent engineering work with beautiful design. They’re equally suitable for island hopping with friends, as they are for a long day of fishing.

The Bertram brand has a legendary status when it comes to boats. This doesn’t mean that they’re resting on their laurels, however. They continue their commitment to innovation and remain steadfast up to the present day. These boats are an excellent choice for those looking for a beautiful and functional vessel with a long history. For over 60 years, Bertram Boats have been in the boating business, and they’ve accumulated a lot of history. The company’s founder, Richard “Dick” Bertram was a competitive sailor with a deep-seated love for boating. He was only 10 years old when he entered his first boat race, and he quickly adopted the hobby. Over the years, he developed a reputation for being an excellent deep-water racing contender.

Bertram continued with his boating hobby throughout his life, until the late 1950s when fiberglass boats were just coming up, and about to revolutionize the sector. Powerboat racing was popular, but most boats were on the smaller side and had flat bottoms. The powerboats were great for lake regattas, but did not endure the much harsher ocean races.

Dick Bertram was one of the first to use a Deep-V hull, which performed great on the 1960 Miami-Nassau Race (and these waters are known for being particularly rough). This success generated great interest. So much of it that Bertram felt that he just needed to go into the business of producing such boats. He then formed the Bertram Yacht Company and premiered their first boat in 1961.

Over the years Bertram have develped a range of sports fishing boats including:

Bertram was acquired by the Italian multinational shipbuilding giant, Feretti Group, in 1998. This innovative company has introduced a wide range of new models and many innovative new features.

Where Are Bertram Boats Made?

Bertram boats are produced in Italy. They are developed by world-class craftsmen who are sailors themselves. This ensures that every aspect of the boat is carefully considered, both for performance and for aesthetics. 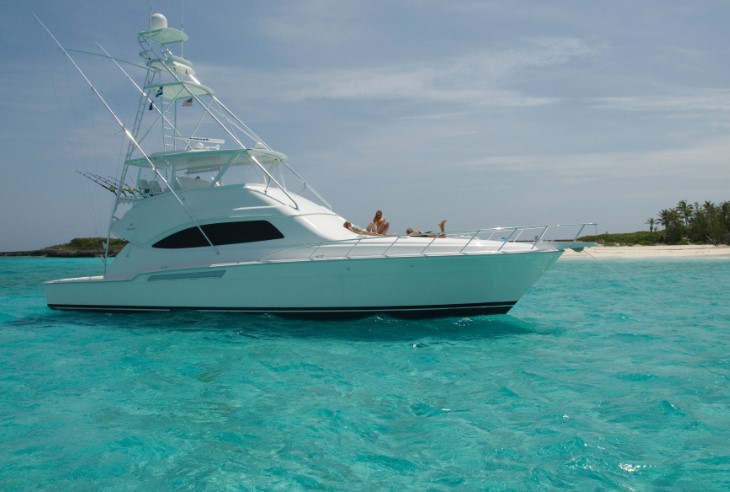 Bertram Boats have had consistently glowing reviews ever since the company first opened its doors. They have a solid reputation as a high-quality brand and they’re one of the few truly innovators on the market. They’re a great choice for those looking for a highly-regarded brand name boat, as Bertram Boats are instantly recognizable for their quality craftsmanship and impressive history.

Where to Buy Bertram Boats?

Florida Yachts International’s worldwide inventory of boats stands out as one of the leading Betram boat dealers for new and used yachts on the market. All of our yacht consultants are experts. The FYI team has over 300 years of experience combined in finding the perfect vessel for each of every customer. And we’re excited to work with you to help you find the best Bertram boats for sale! Please give us a call today with your questions at  305-239-4978. You may also contact us online.

SPEAK TO A Bertram Boats SPECIALIST