Sea Ray is amongst the world’s largest pleasurable boat manufacturers. The shipyard is a pioneer in the manufacturing of superb quality Sea Ray boats. They utilize high-tech composite and fiberglass materials, including exciting and innovative design evolutions.

Since its founding in 1959, Sea Ray has expanded its innovations in performance, unique styling, technical systems, interior designs, and other areas. Its never-ending world-class innovations and designs have kept Sea Ray the world’s largest builder of pleasure boats for over 50 years. Every Sea Ray model features innovative design, styling, and cutting-edge engineering concepts. 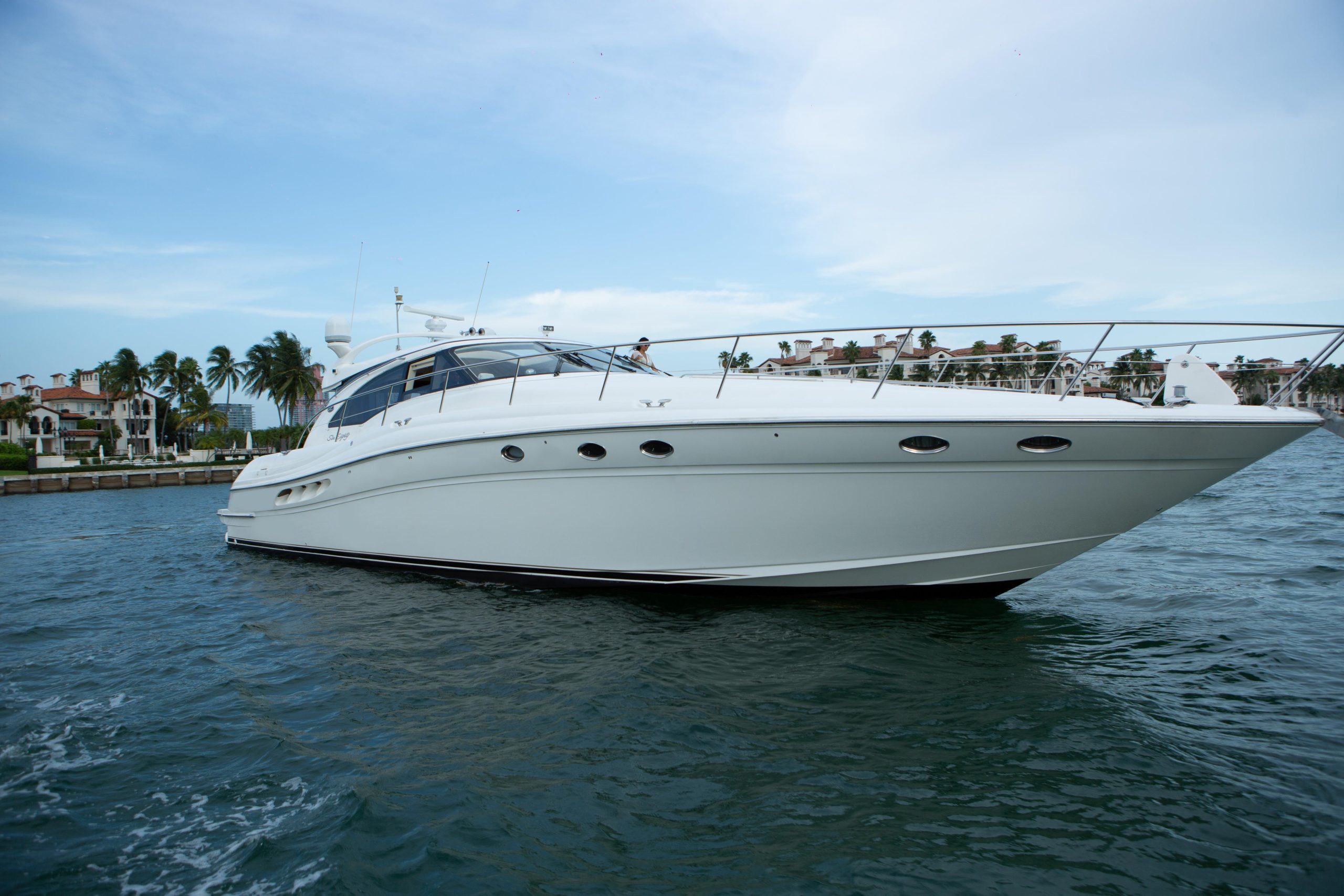 Sea Ray currently delivers over 40 reliable and popular models to suit every sailing  need. These models have lengths ranging from 18 to 68 feet (the largest Sea Ray boat).

Some of the most notable Sea Ray models include:

Where to Buy a Sea Ray Boat

Whether you’re looking for a Sea Ray motor boat for sale or a Sea Ray Sundancer, Florida Yachts International is your go-to boat and yacht dealer. You will find the finest inventories of new and used Sea Ray boats for sale, as we’re one of the most knowledgeable Sea Ray boat dealers in Miami.

Our talented team of consultants has the expertise to help you find the best Sea Ray luxury sport boat for your lifestyle. Contact us to find out more today! 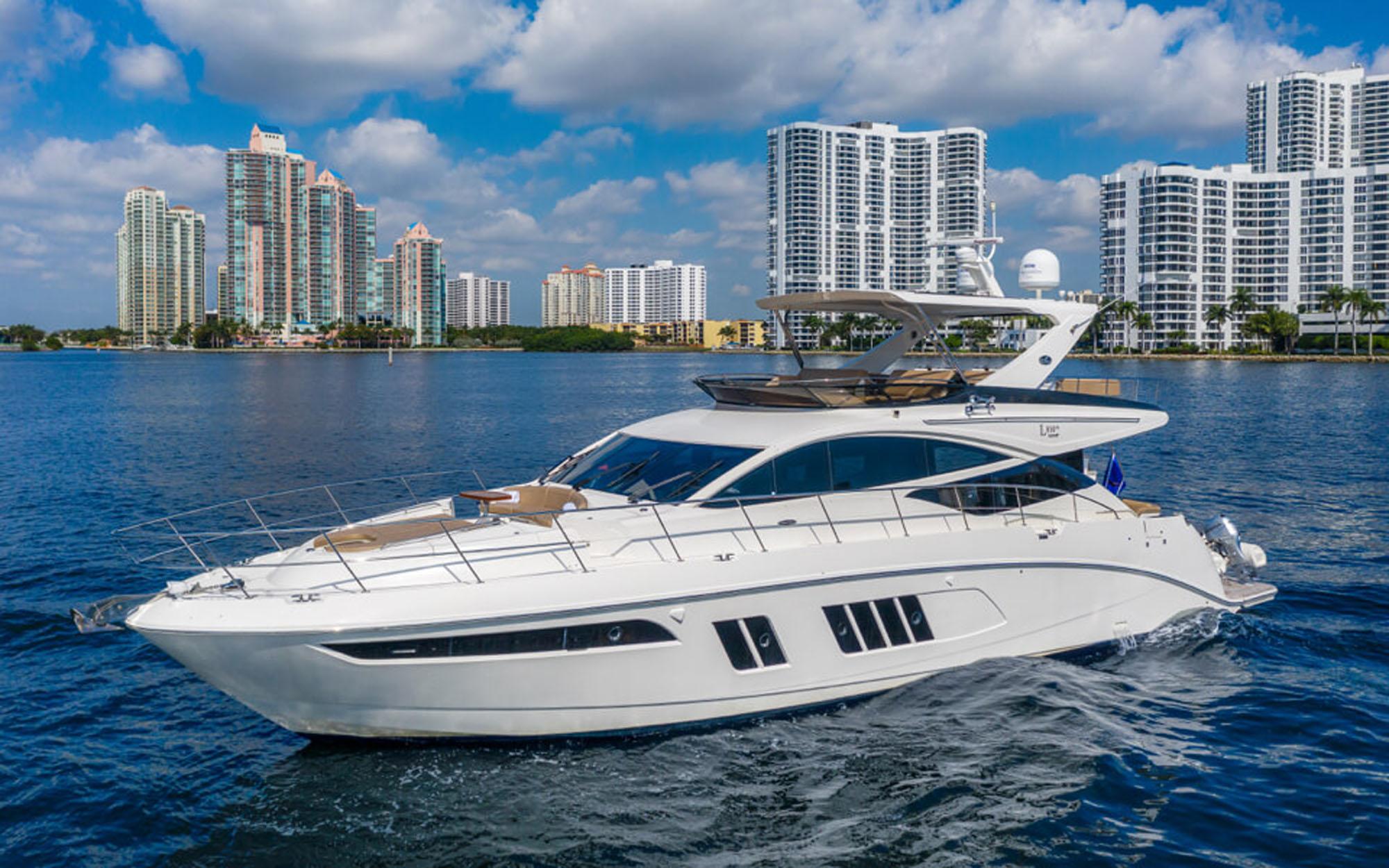 What Happened To Sea Ray?

In 2017, Brunswick Corporation decided to sell the Sea Ray brand. The company changed course and refurbished the brand later in 2018. Sadly this move stopped the production and sale of Sea Ray boat models. Brunswick stopped these boat models as it wanted to capitalize on the rising opportunities in its sport cruiser and boat product lines.

No, Sea Ray no longer manufactures sport yachts. That’s because Brunswick Corp. discontinued the construction of Sea Ray yachts and sport yachts in July 2017. The decision was part of the brand’s transformation into specializing in sport cruisers and powerboat lines.

How Fast Does A Sea Ray Sundancer Go?

A Sea Ray Sundancer will reach a maximum speed of about 37mph under suitable sea conditions. The finest cruise of this boat is around 29mph, providing a frugal 0.8 miles per gallon and a sailing range of 240 miles. All these are because of its massive fuel capacity of 344 gallons.

Brunswick Corp. (Boat Group) is the owner and manufacturer of Sea Ray boats. That’s after buying it in 1986 from Cornelius Nathaniel Ray as Ray Industries (an independent company founded in 1959).

Where Are Sea Ray Boats Built?

The shipyard has four factories that build new Sea Ray boats. Two factories are in Florida and two in Tennessee (Vonore and Knoxville). However, smaller Sea Ray boats are manufactured in a Brunswick Corporation’s facility in Reysona, Mexico.

No, Sea Ray still uses wood to manufacture almost every boat. Wood is strong and the finished surface is elegant. For instance, you’ll find most of the decking on a Sea Ray Sundancer made of wood for stability. However, wood is condensed in fiberglass, so you can’t see it. The same is true in smaller Sea Ray boats, except for their hulls.

Why Did Sea Ray Discontinue The 370 Venture?

The Sea Ray 370 venture model was discontinued in 2016 due to poor sales. Although some users praised the model for better performance, its price was higher, making its demand lower than other boat product lines.

Whether you are in search of new or used Sea Ray boats for sale, the expert consultants at Florida Yachts International in Miami are standing by and ready to help you find the vessel of your dreams. Choose from a worldwide inventory of boats and yachts. Call us today at 305-239-4978 or simply contact us online. 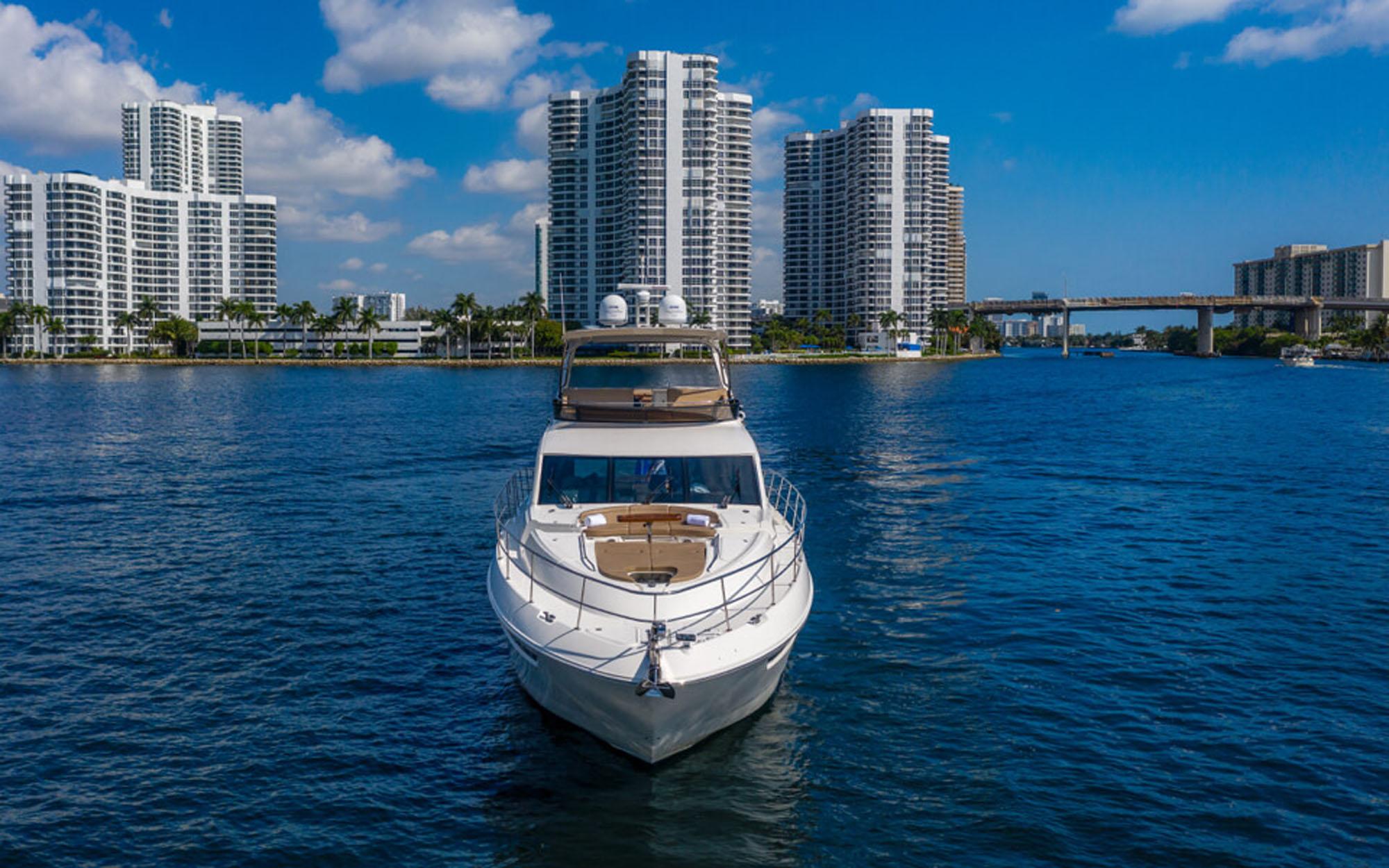